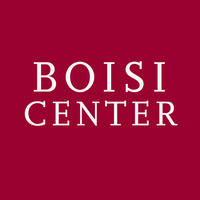 The goal of the Boisi Center is to create opportunities where a community of scholars, policy makers, media and religious leaders in the Boston area and nationally can connect in conversations and scholarly reflection around issues at the intersection of religion and American public life. The hope is that such conversations can help to clarify the moral and normative consequences of public policies in ways that can help us to maintain the common good, while respecting our growing religious diversity.

The Boisi Center does not seek to advance any ideological agenda, whether liberal or conservative. It does not see its role as advocating "for" religion as against something called "secularism." While based in a Jesuit university, it will not take sides in competing groups of Catholic theologians, nor will it defend a specifically Catholic viewpoint against non-Catholic ones. Our goal is to promote discussion and respect for conflicting positions.

* This event will be livestreamed only. A post-event recording will not be available.* In her latest book, acclaimed author Dara Horn explores a pointed...

Parties in the Pews in a Divided Nation

Islam in the United States: Issues of Race and...