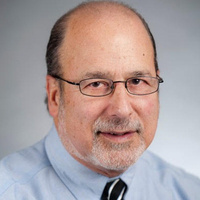 Norman Spack, MD, is a Senior Associate in the Endocrine Division at Boston Children’s Hospital. A lifetime resident of Brookline living 1 mile east of Boston College, he graduated from Williams College and Rochester Med School. He later trained at Boston Children’s Hospital in Adolescent Medicine and Endocrinology and remained on staff for 50 years until recent retirement.

Norm’s interest in patients with gender variance was kindled in 1974 as a volunteer on the Bridge Over Troubled Waters medical van serving street kids. His first trans patient was a Harvard College graduate in 1985 who entered college as a female but lived as a male for four years. Norm has become an internationally recognized expert and advocate for transgender individuals.

He has received numerous awards for his teachings, writings, clinical care, and community service. In September 2012 at the annual Convocation, Williams bestowed its Bicentennial Medal on him for a “lifetime of achievement in his field of endeavor,” one of the highest honors bestowed on an alumnus.

He has been interviewed on all major television networks, NPR, BBC, Time Magazine, The Atlantic Monthly, Boston Globe, London Times, and numerical periodicals. Diane Sawyer interviewed him on the 2-hour Bruce/Caitlyn Jenner special, and he was on Charlie Rose’s panel on “The Brain” with Dr. Eric Kandel. A recent book, “Becoming Nicole” by Amy Nutt Ellis about his identical twin patients, only one of whom is transgender, was named among the 100 notable books of 2015 by the NY Times. His TedTalk, uploaded internationally, has had over 2 million views and is used in university courses on Psychology, Social Work, and Women and Gender Studies.

In 2007, he co-founded the “Gender Management Service” (“GeMS”), a clinic at Boston Children’s Hospital for Transgender youth, the first program of its kind outside of Europe and a model for 70 comparable clinics in Pediatric Centers throughout North America. Many of the startup directors received training from GeMS staff.