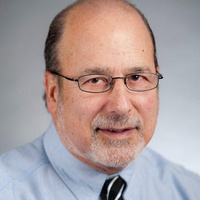 In light of community health concerns, the Park Street Corporation Series event featuring Dr. Norman Spack on Thursday, March 19 has been cancelled. We intend to reschedule for academic year 2020-2021.

Norman Spack, MD,  is Senior Associate Emeritus in the Endocrine Division at Boston Children’s Hospital where he has been on staff for 45 years. A 1965 graduate of Williams, he received his MD from University of Rochester. He did fellowships in Adolescent Medicine and Endocrinology at Children’s Hospital.

Dr. Spack’s interest in patients with gender variance was kindled in 1974 as a volunteer on a medical van serving homeless youth. His first  trans patient graduated college in 1980 having matriculated as a female but lived as a male with the full knowledge of his male roommates.  His experience treating adults convinced him that starting hormonal treatment in late puberty was too late for an optimal physical and psychosocial outcome. His first patients treated according to the Amsterdam protocol using pubertal suppression came from the UK.

Dr. Spack has received numerous awards for his teaching, writings, clinical care, and community service, and has become an internationally recognized expert. In 2012 Williams bestowed a Bicentennial Medal on him for a “lifetime of achievement in his field of endeavor.” His TedTalk, uploaded internationally in 2014 and used as a teaching instrument in colleges throughout the world has had over 2.0 million views.

In 2007 he co-founded the Gender Management Service” (“GeMS”) at Boston Children’s Hospital, an interdisciplinary clinic for Transgender adolescents. GeMS  became the only program of its kind outside of Europe and soon became the model for 70 comparable clinics currently operating throughout North America, including three who became partners in a 4-site $6 million NIH collaborative longitudinal outcome study.

Having turned over administrative duties to former trainees when he reached emeritus status in 2016, his efforts are devoted to support of the GeMS program, to assisting the new programs and advocating for the rights of transgender people.