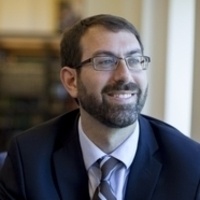 Samuel Moyn: Humane: How the US Abandoned Peace and Reinvented War

Samuel Moyn is Henry R. Luce Professor of Jurisprudence at Yale Law School and Professor of History at Yale University. He received a doctorate in modern European history from the University of California-Berkeley in 2000 and a law degree from Harvard University in 2001. His areas of interest in legal scholarship include international law, human rights, the law of war, and legal thought, in both historical and current perspective. In intellectual history, he has worked on a diverse range of subjects, especially twentieth-century European moral and political theory. He has written several books, including The Last Utopia: Human Rights in History (2010), and edited or co-edited a number of others. His most recent books are Christian Human Rights (2015), Not Enough: Human Rights in an Unequal World (2018), and Humane: How the US Abandoned Peace and Reinvented War (2021).

Samuel Moyn will give a lecture based on his latest book, Humane followed by a moderated conversation and audience Q&A. Of Humane, Macmillan writes: “In Humane: How the United States Abandoned Peace and Reinvented War, Samuel Moyn asks a troubling but urgent question: What if efforts to make war more ethical—to ban torture and limit civilian casualties—have only shored up the military enterprise and made it sturdier? To advance this case, Moyn looks back at a century and a half of passionate arguments about the ethics of using force...Humane is the story of how America went off to fight and never came back, and how armed combat was transformed from an imperfect tool for resolving disputes into an integral component of the modern condition. As American wars have become more humane, they have also become endless. This provocative book argues that this development might not represent progress at all.”

Cosponsored by the International Studies Program and the Global Citizenships Project.

Please note this is a virtual event. Register here: https://bccte.zoom.us/webinar/register/WN_uZpzKKHrR4KvUOJePqB4hw