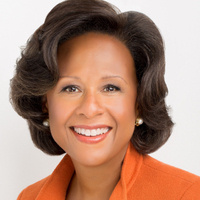 Meaningful Differences: Sex, Race, and Health in the Era of COVID-19

Paula A. Johnson is the 14th President of Wellesley College. Throughout a groundbreaking career in academic medicine, public health, and higher education, President Paula Johnson has focused on creating the conditions that allow women to thrive.

Since joining Wellesley in 2016, she has put the College at the forefront of STEM education for women and has led the creation of its bold new strategic plan, which places inclusive excellence at the heart of the Wellesley experience.

As a physician-scientist, President Johnson has improved health outcomes for women around the globe by revealing and addressing gender biases in both clinical care and medical research. The founder of the Connors Center for Women’s Health and Gender Biology at Brigham and Women’s Hospital, she shifted paradigms by recognizing that disease presentation is often influenced by sex, a biological factor, intersecting with the social determinants of health, including race..

A cardiologist, President Johnson was the Grayce A. Young Family Professor of Medicine in Women’s Health at Harvard Medical School prior to coming to Wellesley, as well as professor of epidemiology at the Harvard T.H. Chan School of Public Health.

She earned international acclaim for her 2013 TED Talk, “His and hers...healthcare,” which continues to raise awareness of the crucial need to understand sex differences in treating disease.

She is a member of the National Academy of Medicine and the American Academy of Arts and Sciences. Her honors include the Alma Dea Morani Renaissance Woman Award from the Women in Medicine Legacy Foundation and the Stephen Smith Medal for Distinguished Contributions in Public Health from the New York Academy of Medicine. She holds A.B., M.D., and M.P.H. degrees from Harvard University.