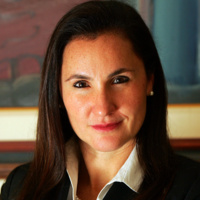 Lights and shadows of LGBTI human rights in the Americas: approach from the Inter-American System

With Flavia Piovesan, Former Vice-President of the Inter-American Commission on Human Rights, where she was the Rapporteur for the Rights of LGBTI People. Professor of Law at the Pontifical Catholic University of São Paulo, Catholic University of Paraná; Professor at the Academy on Human Rights at the American University Washington College of Law and visiting fellow at the Max-Planck-Institute for Comparative Public Law and International Law (Heidelberg, Germany) among other international academic institutions.

LGBTI persons have historically been discriminated against based on their sexual orientation, gender identity, and gender expression and continue to be victims of discrimination and violence; this situation has a critical impact in terms of human rights that international and regional instruments have protected. The Inter-American System on Human Rights has made significant advances to guarantee this vulnerable population's rights; however, there are still crucial challenges to undertake, which will be addressed in this event.

RSVP for in person attendance with lunch, or to attend via Zoom, at:  tinyurl.com/Piovesan0207