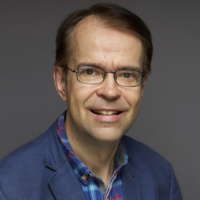 Professor Kristján Kristjánsson (PhD, University of St. Andrews) is Professor of Character Education and Virtue Ethics in the Jubilee Centre at the University of Birmingham, U.K. His interests lie in research on character and virtues at the intersection between moral philosophy, moral psychology, and moral education. He has published seven books on those issues, the latest one is Friendship for Virtue (OUP, 2022). His previous books include Aristotelian Character Education, (Routledge, 2015) which won the SES Prize for the best Education book of 2015 in the U.K. In addition to leading a number of the Jubilee Centre’s flagship projects, Kristján oversees research activities in the Centre. As a member of various international organisations, Kristján collaborates with colleagues in Asia, Europe and the U.S.A.  on issues that relate to the cultivation of virtuous character in general and virtuous emotions in particular. Kristján is Editor of the Journal of Moral Education.

The Office of the Provost and
Dean of Faculties

The Office of the Provost and Dean of Faculties