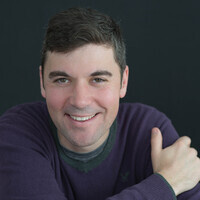 Eli Saslow: Rising Out of Hatred: The Awakening of a Former White Nationalist

In his Pulitzer Prize-winning coverage for The Washington Post, Eli Saslow, who has been called “one of the great young journalists in America,” reveals the human stories behind the most divisive issues of our time. From racism and poverty to addiction and school shootings, Saslow’s work uncovers the manifold impacts of major national issues on individuals and families. Saslow’s book, Rising Out of Hatred: The Awakening of a Former White Nationalist, charts the rise of white nationalism through the experiences of one person who abandoned everything he was taught to believe. Saslow won the 2014 Pulitzer Prize in Explanatory Reporting for a yearlong series of stories about food stamps and hunger in the United States. Saslow was also a three-time finalist for the Pulitzer Prize in Feature Writing. He is a longtime staff writer for The Washington Post, where he was initially a sportswriter. He covered the 2008 presidential campaign as well as President Obama’s life in the White House. Four of his stories have been anthologized in Best American Sportswriting, and he is an occasional contributor to ESPN The Magazine. A graduate of Syracuse University, Saslow is the winner of two George Polk Awards, a PEN Literary Award, a James Beard Award, and other honors. He lives in Portland, Oregon, with his wife and children. Saslow’s next book is Voices from the Pandemic, drawn from his ongoing oral history project for The Washington Post of the same name.

Eli Saslow will give a lecture based upon his reporting in Rising Out of Hatred, followed by an audience Q&A. Born out of his Washington Post feature “The White Flight of Derek Black,” Rising Out of Hatred tells the story of how the one-time heir to America’s white nationalist movement came to question the ideology he helped spread. Derek Black might be termed white nationalist royalty: his father, Don Black, launched Stormfront, the first major white supremacist website; his mother was once married to former KKK Grand Wizard David Duke, who was Derek’s godfather and mentor from birth. Built on extensive, wide-ranging interviews with Derek, his father Don Black, and many other people, Rising Out of Hatred traces Derek’s evolution, and explores the ramifications of his decision to publicly denounce white nationalism in an open letter to the Southern Poverty Law Center in 2013.

Cosponsored by the Journalism Program, the American Studies Program, and the Communications Department.