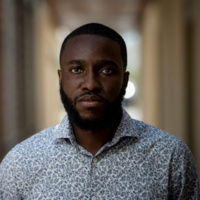 Title: Neotectonics of the Enriquillo-Plantain Garden Fault Zone and the Resistance of Sands to Earthquake-Triggered Deformation

Abstract: Fault activity and sediment strength characterizations are crucial for hazard assessment in diffuse continental strike-slip boundaries like the Enriquillo-Plantain Garden Fault Zone (EPGFZ). This left-lateral fault zone extends through Eastern Jamaica and Western Hispaniola and has generated at least one large magnitude (> Mw 6) earthquake per century (e.g., the 2010 Mw 7 Haiti earthquake) over the last five centuries. Like the 2010 Haiti earthquake, the two most recent significant Jamaican earthquakes (i.e., the 1907 Mw 6-6.5 and 1692 Mw 7 events) likely occurred along previously undiscovered faults that accommodate strain from the main strike-slip fault within the EPGFZ. These Jamaican earthquakes also triggered tsunamis, liquefaction, landslides, and ground fissures, which exacerbate damages. In this seminar, I provide new insights into the neotectonic (i.e., recent tectonic) relationships within the EPGFZ in Jamaica and demonstrate that the age of sands is a critical factor controlling their resistance to earthquake-triggered deformation. I first use seismic reflection profiles and sediment cores to identify and characterize four previously undiscovered faults, which provide the first evidence that the EPGFZ extends into Kingston (Jamaica’s capital city) and is more hazardous than previous studies recognize. I then use sidewall cores, seismic velocities, and rock physics models to argue that contact creep aging (a recently discovered lithification process) is more dominant than mechanical compaction in controlling the shear strength, porosity, microstructural grain fabric, and liquefaction resistance of recently deposited (i.e., within the first 180 years) shallow sands. I end by emphasizing the need for additional studies on the feedbacks between tectonics and granular media (e.g., sands).