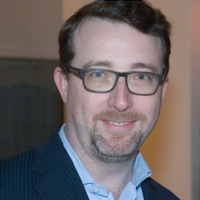 Don’t throw away your shot to hear from the Grammy Award winning producer of 25 albums, including the Hamilton cast album! Sean Flahaven (BC '95) is the President of Concord Theatricals and previously worked as a Senior Vice President, composer, playwright, arranger, and journalist. Hear from him about how he used his education from BC and NYU Tisch to bridge his passions for arts and management.

FREE tickets will be available for pickup at Robsham theater beginning on WEDNESDAY, March 27th!