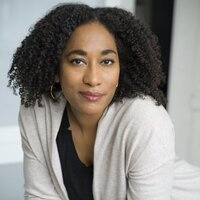 Bridgett M. Davis: “The World According to Fannie Davis”

She is the author of the memoir The World According To Fannie Davis: My Mother’s Life in the Detroit Numbers, a New York Times Editors’ Choice. She is also writer/director of the critically acclaimed, award-winning film Naked Acts, which screened at a host of festivals in the US, Europe, and Africa before having its theatrical and DVD release. Indiana University’s Black Film Center/Archive honored Davis on the 20th anniversary of the film’s production. A major advocate for promoting and nurturing literary talent by people of color, Davis is co-founder and curator for Words@Weeksville, a monthly reading series held at Weeksville Heritage Center in Central Brooklyn.With an early career as a newspaper reporter at The Philadelphia Inquirer and the Atlanta Journal/Constitution, Davis’ articles have appeared in a host of newspapers and magazines; more recently her reviews and essays have appeared inThe New York Times, O, The Oprah Magazine, Real Simple, Los Angeles Times, Electric Lit and The Millions.Equally dedicated to her work as a teacher and mentor, Davis is Professor of Journalism and the Writing Professions at Baruch College, CUNY, where she teaches Creative, Film, and Narrative Writing. She also facilitates writing workshops for junior faculty of color and women seeking to complete and publish their creative and scholarly works. A graduate of Spelman College and Columbia University’s Graduate School of Journalism, Davis lives in Brooklyn with family.

*Please note this is a virtual event. Register at the following link: https://bccte.zoom.us/webinar/register/WN_a3h9EWnZSPizagSYWc4qzQ