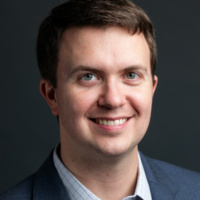 Darr received his Ph.D. in political science from the University of Pennsylvania and his B.A. in political science from Boston College, MCAS 2009).  Darr’s first book Home Style Opinion:  How Local Newspapers Can Slow Polarization (co-authored with Matthew P. Hit and Johanna L. Dunaway) was published online in March 2021  and in print in April 2021 with Cambridge University Press’ new series Elements in Politics and Communication.   Darr states: “We can bridge our political divisions when we focus on local issues instead of national politics. A local newspaper in California showed this in 2019, when they dropped national politics from the opinion page for one month. Our book, “Home Style Opinion,” analyzes the effects of this experiment: local issues filled the sizable gap left by Trump and Congress, and polarization slowed compared to another city where the newspaper did not change. Though local newspapers are in the middle of a major crisis, they may hold the key to making politics less contentious.”

NOTE:  No food will be allowed at this event.