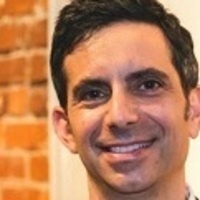 Jane Jacobs is universally recognized as one of the key figures in American urbanism. The author of The Death and Life of Great American Cities, she uncovered the complex and intertwined physical and social fabric of the city and excoriated the urban renewal policies of the 1950s. As the legend goes, Jacobs, a housewife, single-handedly stood up to Robert Moses, New York City's powerful master builder, and other city planners who sought first to level her Greenwich Village neighborhood and then to drive a highway through it. Jacobs's most effective weapons in these David-versus-Goliath battles, and in writing her book, were her powers of observation and common sense.

What is missing from such discussions and other myths about Jacobs, according to Peter L. Laurence, is a critical examination of how she arrived at her ideas about city life. Laurence shows that although Jacobs had only a high school diploma, she was nevertheless immersed in an elite intellectual community of architects and urbanists. Becoming Jane Jacobs is an intellectual biography that chronicles Jacobs's development, influences, and writing career, and provides a new foundation for understanding Death and Life and her subsequent books. Laurence explains how Jacobs's ideas developed over many decades and how she was influenced by members of the traditions she was critiquing, including Architectural Forum editor Douglas Haskell, shopping mall designer Victor Gruen, housing advocate Catherine Bauer, architect Louis Kahn, Philadelphia city planner Edmund Bacon, urban historian Lewis Mumford, and the British writers at The Architectural Review.

Winston Center for Leadership and Ethics and Corcoran Center for Real Estate and Urban Action, Carroll School of Management