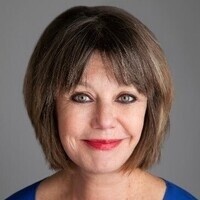 Many gods lived in the Roman Empire. All ancient peoples, including Jews and, eventually, Christians knew this to be the case. This lecture will explore the ways that members of these groups thought about and dealt with foreign gods—the gods of their neighbors and of their neighborhoods—while remaining loyal to their own god.

Paula Fredriksen, the Aurelio Professor of Scripture emerita at Boston University, since 2009 has been Distinguished Visiting Professor of Comparative Religion at the Hebrew University of Jerusalem. A fellow of the American Academy of Arts and Sciences, she has published widely on the social and intellectual history of ancient Christianity, and on pagan-Jewish-Christian relations in the Roman Empire. Her two latest books, Paul: The Pagans’ Apostle (2017), and When Christians Were Jews (2018), place the Jesus movement’s Jewish messianic message within the wider world of ancient Mediterranean culture, politics, and power.