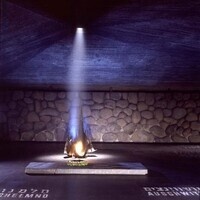 The Shoah in Film: History from the Ashes

THE SHOAH IN FILM: History from the Ashes

In honor of Yom HaShoah, Boston College professors and documentary filmmakers John and Susan Michalczyk will present and discuss clips from their series of Holocaust films: The Cross and the Star: Jews, Christians and the Holocaust (1997), Nazi Medicine: In the Shadow of the Reich (1997), Displaced: Miracle at St. Ottilien (2002), Creating Harmony: The Displaced Persons’ Orchestra at St. Ottilien (2007), and Nazi Law: Legally Blind (2016).