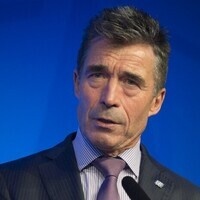 Anders Fogh Rasmussen has been at the center of European and global politics for three decades as Secretary General of NATO, Prime Minister of Denmark, Danish Minister of Economic Affairs, and a leading Danish parliamentarian.

Rasmussen is the founder of Rasmussen Global which advises clients on a wide range of issues such as international security, transatlantic relations, the European Union, and emerging markets. In his latest book, The Will To Lead: America’s Indispensable Role in the Global Fight for Freedom (September, 2016), Anders argues that western democracies with the steadfast leadership of the United States must stand up to authoritarianism around the world.