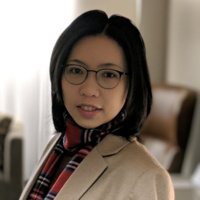 Displaying new properties in low dimensions, atomically thin layered materials have been an attractive candidate for exploring exotic phenomena and novel device application for more than one decade. In particular, the valley physics in transition metal dichalcogenides (TMDCs) opens up exciting possibility for valleytronics which utilizes the optically addressable valley pseudospin. The study of valley has recently extended to quantum valleytronics and valley qubit since the discovery of quantum emitter from TMDC monolayer in 2015. Consequently, layered materials have been further expected to work as a new platform for quantum information science and technology, such as quantum simulation and quantum sensing. In this talk, I will begin by describing the basic properties of TMDC quantum emitters, which could arise from excitons localized by defect or strain. Subsequently, I will present our experimental result on entanglement between single photons from the localized excitons and chiral phonons of the bulk host in monolayer WSe2. Furthermore, I will show evidence for optical initialization of a single spin in singly, positively charged WSe2 quantum dot, which brings valleytronics to the single quantum level. Moreover, due to the permanent, out-of-plane dipole in interlayer exciton, TMDC heterobilayer offers new opportunities in quantum information science beyond the monolayers. I will discuss about our recent result on dipole-dipole interaction between localized interlayer excitons in MoSe2/WSe2 heterostructure.