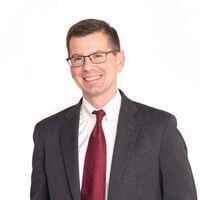 With Dan McFadden, staff attorney at ACLU of Massachusetts

In June 2019, the ACLU of Massachusetts filed the class action Pereira Brito v. Barr to remedy serious flaws in the immigration detention system.  For the last 20 years, if a person was arrested by ICE, the person could be jailed by default for the duration of the resulting immigration proceedings.  The government was not required to justify detention, and the person was detained until he or she proved a reason to be free.  Additionally, Immigration Judges considering release did not typically consider alternatives to detention (such as GPS monitoring or other conditions of release), and typically set cash bail amounts without consideration of the individual’s financial resources and ability to pay.  The Court in Pereira Brito has now ruled that, under principles of constitutional due process, the government cannot hold people in civil detention without affirmatively showing that they are a danger or flight risk, and must consider alternatives to detention and ability to pay.  In this presentation, ACLU of Massachusetts staff attorney Dan McFadden will explain more about the case, and the resulting dramatic reforms to the immigration detention system throughout New England.

A light lunch to be served. RSVP at: tinyurl.com/McFaddenBC

Dan McFadden is a staff attorney at the ACLU of Massachusetts.  His work focuses on protecting the rights of immigrants, reforming the criminal legal system, and promoting government transparency.  Dan is a 2009 graduate of Boston College Law School.  He previously worked nearly seven years as an attorney in private practice, and for two years as a law clerk to Chief Judge Mark L. Wolf of the U.S. District Court for the District of Massachusetts.  Prior to his legal career, Dan served as a Surface Warfare Officer in the U.S. Navy from 2001 to 2006.