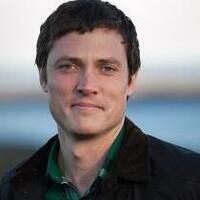 Michael Murphy is the Founding Principal and Executive Director of MASS Design Group, an architecture and design collective that leverages buildings, as well as the design and construction process, to become catalysts for economic growth, social change, and justice. Since MASS's beginnings, their portfolio of work has expanded to over a dozen countries and span the areas of healthcare, education, housing, urban development. MASS’s work has been published in over 900 publications and awarded globally. Most recently, MASS has been recognized as the winners of the national Arts and Letters Award for 2017 and the 2017 Cooper Hewitt National Design Award. Michael’s 2016 TED talk has reached over a million views, and was awarded the Al Filipov Medal for Peace and Justice in 2017. MASS's project, the National Memorial for Peace and Justice was named the single greatest work of American architecture in the 21st century. Michael has taught at the Harvard Graduate School of Design, University of Michigan, and Columbia University’s Graduate School of Architecture Planning and Preservation. Michael is from Poughkeepsie, NY, and holds a Master of Architecture from Harvard Graduate School of Design and a Bachelor of Arts from the University of Chicago.

Presented by the Park Street Corporation Speaker Series and cosponsored by the  Lowell Humanities Series.

*Please note this is a virtual event. Registration will open on October 29th.