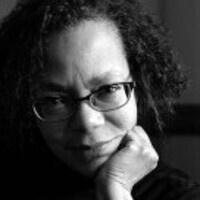 Tracing memory threads Lauret Edith Savoy’s life and work: unearthing what is buried, re-membering what is fragmented, shattered, eroded. A woman of African American, Euro-American, and Native American heritage, she writes about the stories we tell of the American land’s origins and the stories we tell of ourselves in this land. Her books include Trace: Memory, History, Race, and the American Landscape; The Colors of Nature: Culture, Identity and the Natural World; Bedrock: Writers on the Wonders of Geology; and Living with the Changing California Coast. Trace won the 2016 American Book Award from the Before Columbus Foundation and the 2017 ASLE Creative Writing Award. It was also a finalist for the 2016 PEN American Open Book Award and Phillis Wheatley Book Award, as well as shortlisted for the William Saroyan International Prize for Writing and Orion Book Award. Lauret is the David B. Truman Professor of Environmental Studies and Geology at Mount Holyoke College, a photographer, and pilot. Winner of Mount Holyoke’s Distinguished Teaching Award and an Andrew Carnegie Fellowship, she has also held fellowships from the Smithsonian Institution and Yale University. Lauret is a Fellow of the Geological Society of America.

Lauret Savoy will give a lecture based on her book Trace: Memory, History, Race, and the American Landscape. A provocative and powerful mosaic that ranges across a continent and across time, from twisted terrain within the San Andreas Fault zone to a South Carolina plantation, from national parks to burial grounds, from “Indian Territory” and the U.S.-Mexico Border to the U.S. capital, Trace grapples with a searing national history to reveal the often unvoiced presence of the past. This lecture will be followed by a moderated discussion and audience Q&A.

Cosponsored by the History Department and Environmental Studies Program.

*Please note this is a virtual event. Registration will open March 03, 2021.