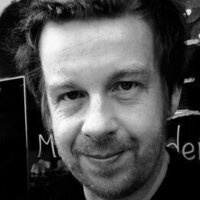 Kevin Barry: Writing the West: The Influence of Place, Dialect, and Hauntedness in the Fiction of Kevin Barry

Kevin Barry is the author of the novels City of Bohane, Beatlebone, and Night Boat to Tangier and the story collections Dark Lies the Island and There Are Little Kingdoms. His awards include the IMPAC Dublin Literary Award, the Goldsmiths Prize, the Sunday Times EFG Short Story Prize, the Lannan Foundation Literary Award, and the Rooney Prize. For City of Bohane, he was short-listed for the Costa First Novel Award and the Irish Book Award, and won the Author’s Club Best First Novel Prize, the European Union Prize for Literature, and the IMPAC Dublin Literary Award. In 2019, Night Boat to Tangier was longlisted for the Booker Prize. His stories and essays have appeared in the New Yorker, Granta and elsewhere. He also works as a playwright and screenwriter, and he lives in County Sligo, Ireland.

Kevin Barry will give a lecture on the topic of place, dialect and hauntedness in his novels, followed by an audience Q&A. This event coincides with the 6th Biannual Conference of the International Flann O’Brien Association.