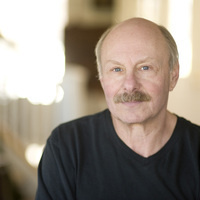 James Howard Kunstler had a successful career as a novelist and journalist. He published his first critique of American architecture and urban planning, The Geography of Nowhere: The Rise and Decline of America’s Manmade Landscape in 1993. He followedGeography with Home from Nowhere: Remaking Our Everyday World for the Twenty-First Century in 1996. The City in Mind: Meditations on the Urban Condition (2001) is Kunstler’s third book in this urban-planning trilogy. In it he examines eight cities—Paris, Atlanta, Mexico City, Berlin, Las Vegas, Rome, Boston and London—discussing the ways in which their design and architecture have shaped their cultures and successes. For his next work, Kunstler trained his eye on the oil crisis. The bestselling book The Long Emergency: Surviving the End of the Oil Age, Climate Change, and Other Converging Catastrophes of the Twenty-first Century (2005), explores the sweeping economic, political and social changes that will result from the end of access to cheap fossil fuels. A seasoned journalist, Kunstler continues to write for The Atlantic Monthly, Slate.com, Rolling Stone, The New York Times Sunday Magazine and the Op-Ed page where he often covers environmental and economic issues.

The Lowell Humanities Series is sponsored by the Lowell Institute, Boston College's Institute for the Liberal Arts, and the Provost's Office.