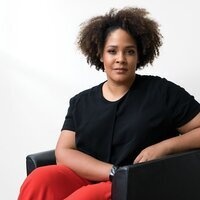 Ijeoma Oluo: “So You Want To Talk About Race?”

Ijeoma Oluo is a Seattle-based writer, speaker, and Internet Yeller.  She’s the author of the New York Times Best-Seller So You Want to Talk about Race, published by Seal Press. Named one of the The Root’s 100 Most Influential African Americans in 2017, one of the Most Influential People in Seattle by Seattle Magazine, one of the 50 Most Influential Women in Seattle by Seattle Met, and winner of the of the 2018 Feminist Humanist Award by the American Humanist Society, Oluo’s work focuses primarily on issues of race and identity, feminism, social and mental health, social justice, the arts, and personal essay. Her writing has been featured in The Washington Post, NBC News, Elle Magazine, TIME, The Stranger, and The Guardian, among other outlets.

Ijeoma Oluo will give a lecture based on her book So You Want To Talk About Race.

In So You Want to Talk About Race, Ijeoma Oluo guides readers of all races through subjects ranging from intersectionality and affirmative action to the model minority myth. The book makes the seemingly impossible possible: honest conversations about race and racism, and how they infect almost every aspect of American life. This lecture will be followed by a moderated discussion and audience Q&A.

Made possible with the support of an ILA Major Grant Award and cosponsorship from the Connell School of Nursing, the Center for Teaching Excellence, and Intersections.

*Please note this is a virtual event. Registration will open March 10, 2021.