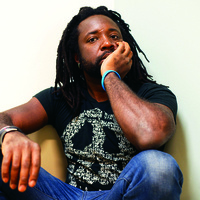 Marlon James won the 2015 Man Booker Prize for Fiction for A Brief History of Seven Killings, making him the first Jamaican author to take home the U.K.’s most prestigious literary award. In the novel, James explores Jamaican history through the perspectives of multiple narrators and genres. The political thriller, the oral biography, and the classic whodunit are used to tell the untold history of Jamaica in the 1970s, with excursions to the assassination attempt on reggae musician Bob Marley, as well as the country’s own clandestine battles during the cold war.  James is the author of two other award-winning novels, John Crow’s Devil and The Book of Night Women. His widely read essay, “From Jamaica to Minnesota to Myself,” appeared in the New York Times Magazine and an early 2016 viral video “Are you racist? ‘No’ isn’t a good enough answer” received millions of hits. He lives in Minneapolis, Minnesota and teaches English and creative writing at Macalester College.