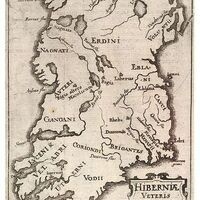 Just how “European” was Gaelic Ireland in the pre-modern era? In the historiography of the medieval and early modern periods, Gaelic Ireland is often depicted as a cultural backwater. Speakers at this conference will examine the extent to which Irish Gaels participated in European cultural trends during the first millennium or so of Irish history and the degree to which they thought of themselves as belonging to a European community.  This may be an appropriate moment for such an examination as Europe faces a new questioning of its identity today.