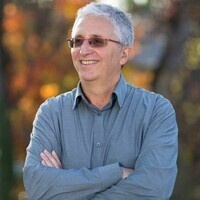 Between the Holocaust and the Nakba: When Genya and Henryk Kowalski Challenged History, Jaffa 1949

In his lecture, Prof. Confino will address why Genya and Henryk Kowalski, Holocaust survivors, refused to receive an abandoned house in Jaffa in 1949 after the Nakba, and what can we learn from it.

Alon Confino is Pen Tishkach Chair of Holocaust Studies and professor of History and Jewish Studies at the University of Massachusetts at Amherst, where he is the director of the Institute for Holocaust, Genocide, and Memory Studies. He has written extensively on modern German history, nationhood, memory, and Palestine and Israel. His last book is A World Without Jews: The Nazi Imagination from Persecution to Genocide (Yale University Press, 2014), for which he received a Guggenheim Fellowship. He is now at work on a book on 1948 in Palestine, which crafts two narratives: one is based on the experience of Palestinians, Jews, and British based on letters, diaries, and oral history, and the second is placing 1948 within global perspective of decolonization, forced migrations, and partitions. He spent 2016-17 at the Woodrow Wilson International Center for Scholars at Washington, DC working on this project.

Morrissey College of Arts and Sciences, School of Theology and Ministry