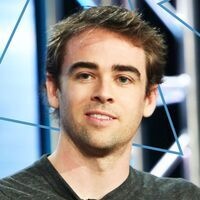 Forum on Ethics: A Conversation with Tyler Shultz, Theranos Whistleblower

Tyler Shultz is an entrepreneur fostering innovation in healthcare. He graduated from Stanford with a Biology degree and entered the national scene when he courageously blew the whistle at Theranos. Tyler complained to the public health regulators in New York and was a source for a series of Wall Street Journal articles exposing Theranos’ dubious blood-testing practices. Owing to his role in exposing the fraud, Shultz was featured in Bad Blood, the book about the scandal penned by John Carreyrou, the original author of the Wall Street Journal articles, as well as in Alex Gibney’s HBO documentary The Inventor: Out for Blood in Silicon Valley.

Registration is not required. Doors open at 5:00 PM, and seating is based on a first come-first serve basis